Hannah Harris is an Associate in the firm’s Cincinnati office. Hannah has worked in the legal industry since 2014. She began her legal career as a paralegal at a business defense firm in Columbus where she assisted clients with immigration, litigation, property loss, workers’ compensation, and employment matters. Hannah developed a passion for immigration law during her time as a paralegal, but ultimately decided that a career change was in order, and she began law school in 2017. Hannah attended Capital University Law School where she was enrolled in the law school’s evening program. During law school Hannah was a member of the Capital University Law Review, a Peer Advisor, and the Vice President and Director of Programming for the Women’s Law Association. She also served on the Women Lawyers of Franklin County Board as a Student Liaison Representative. When Hannah wasn’t working or attending class, she spent her time volunteering at the LASC’s Naturalization Clinics.

Hannah enjoys playing tennis, hiking, and spending time with her family and friends. As a Columbus native, Hannah is a long-time supporter of the Columbus Crew but is coming around to the idea of showing her support for FC Cincinnati.

– U.S. District Court for the Southern District of Ohio 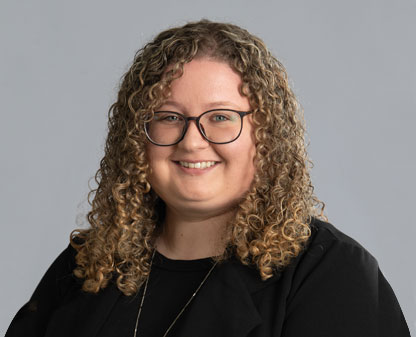